Every day, we’re bombarded with NUMB3RS. And every day, someone in the trade press tries to make “sense” of the NUMB3RS—depending upon what point is being made in the article or blog. But, what can WE take away from all this? 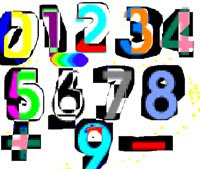 We can control the NUMB3RS about as much as we can control a pair of dice. Sure, there are formulas and theories on how many times per thousand throws 7 or 11 or “boxcars” or “snake eyes” will come up, but that's gambling and is that what we should be doing with our Radio stations?

For decades, Program Directors have been telling their jocks to “sound great every break and the numbers will take care of themselves”. Usually, they did. Jocks who made every break count seldom feared the next Arbitron book.

Ah, but that was a time when every muscle in the building was flexed in order to make that one station the dominant station in the market.

At the time, that seemed like a license to print money by increasing your billing 200% for 75% the cost...laughable in the economies of scale utilized today’s world of broadcasting.

Now, these economies of scale aren’t limited to terrestrial radio. Sirius and XM are working on those economies of scale right now--and not doing so well, it seems, if you consider that 1.7-million subscribers dropped the newly combined service in the first 3-months of this year.

CBS Interactive Music was formed last month to try their economies of scale by combining everything under their control into one gigantic ad buy in the never-ending attempt to monetize Internet Radio.

How about MySpace, Facebook and Twitter...still looking for their first penny of profit. (And Radio talks about them incessantly!)

Seems there's no end to NUMB3RS: Clear Channel Radio has introduced a new kind of NUMB3R and this one is, to me, just a bit on the scary scary side: Metrics.

As I understand it, it's some sort of secret formula devised by the Harvard School of Business to determine the relative value of every staff member. And since it’s a “secret formula”, how does one go about “influencing” that very personal number?

You can be fired if the metrics aren’t on your side-- thousands already have.

Seems like a good time for a little reality check, don’t you think? We’ve known for decades that a morning show, in any given market, takes about 2-years to develop. We also know--again through decades of ratings and many types of research—that a morning show’s ability to deliver the highest ratings and the greatest revenues are directly proportional to the amount of time the show has been in the market. How's that for a metric you can hang your hat on?

But what are NUMB3RS really? They are people...or at least, they’re supposed to represent people...or at least their combined attitudes, thoughts and opinions. The imaginary listener is becoming more depersonalized with every new set of NUMB3RS we get and is now so homogenized as to be practically irrelevant.

The very notion that an effective, long-running morning show can be replaced with anybody--and with no loss of ratings or revenue is, if history is any indication, pure lunacy.

The notion that any long-running personality in any daypart can be replaced with a strange, detached voice--without some sort of audience fall-out--is dangerous at best. Combine the two, and Premium Choice could be a prescription for disaster on an industry-wide scale.

When a single company as big as Clear Channel Radio has been allowed to become begins setting industry standards--whether or not by intention, the rest of us must take notice.
And so, for the moment, the metrics have the floor and, for better or worse, the “largest radio group ever conceived by mankind” is committed to it.

Someone once told me the difference between being “involved” and being “committed” is pretty much like a breakfast of ham and eggs: The chicken was “involved”...the pig was "committed”. So, to the “pigs” who plunder great radio for the sake of NUMB3RS: May the Metrics Be With You.
Posted by JohnHendricks at 9:55 AM No comments: