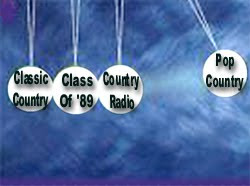 See? It is different this time.
Posted by JohnHendricks at 3:56 PM No comments: