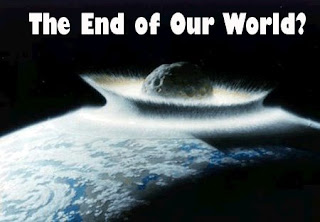 It’s now official: The Radio Advertising Bureau says Radio’s Ad Revenues were down 10% last year.
So, what’s the big deal? 10%!
What kind of industry can’t take a 10% hit? What kind of industry can’t take a 10% hit after nearly a decade of 20% increases!
What is going on here? The way everybody’s acting, you’d think the end of civilization as we know it is here and Armageddon is at hand!
So what’s next? Is there a danger of the transmitter being repossessed? Perhaps the electric company is going to shut off the power at the transmitter site or the studio. Maybe the rent checks on the palaces we now call “studios” will be late and the landlord will throw everybody left working out on the street—and the computers, too.
Or…maybe we’re all being hosed.
We’re seeing companies of all sizes cut budgets like their going out of business. Besides Travel & Entertainment—which went bye-bye eons ago anyway, salaries seem to be the only thing that will keep the wolf from the door.
Why is that? Between Clear Channel, Citadel, Cumulus, CBS Radio and the other smaller companies, nearly 10,000 broadcast professionals are no longer toiling at their craft. That’s crisis management…the kind of thing that is usually held-back for catastrophes, depressions or World Wars.
Why is the Radio industry collapsing in on itself with only a 10% decrease in revenues?
Debt? That can be restructured. Just ask Mel.
Stock Prices? There's an uncomfortable, but reasonable explanation...after all, shareholders have been enjoyed strong profits during most of the past decade.
Wall Street? This isn’t the first “down” market these investors have ever encountered. They know the business cycles.
New Media? They’d love to have 10% of what radio has—and their at least half a decade away from getting even close.
Television? It’s been around for over 50 years now and it hasn’t killed radio.
Internet? YouTube, MySpace, Facebook—they take some TSL, but not much cume.
What’s the big deal? 10%
Come on Clear Channel, Citadel, CBS Radio, Cumulus and the rest of you. Suck it up! You can live without a profit for a year or two, can’t you? You know you’ll get it back.
Radio and Retail have always been joined at the hip. What ails Retail ails Radio because the majority of ad revenues come from retail—either locally or nationally. So, when retail sneezes, radio gets a cold.
Retail thrives when people have money to spend. Lay-offs, cut-backs, RIF’s and position eliminations kill retail—and it’s killing radio. With every job-loss, there’s a lost customer at retail and at radio. It all adds up!
The worst thing radio stations can do is put people on the streets! It’s a sign to our clients (retail) that it’s okay. We will never climb out of this recession as long as millions of people remain unemployed.
And radio will never enjoy another profitable quarter without the people who make our business what it is: a people-to-people business.
Remember: our product is our audience—and each member of that audience is a person who appreciates contact with other persons. That’s why radio has always been an effective advertising medium. Computers, jingles, image voices and “familiar” music don’t sell cars, gar, groceries, iPods and clothes. People do.
So, what the big deal? 10% is ONLY 10%. It’s not the end of the world, unless you take away the one thing that makes radio radio—people. Then, it is the end of the world.
Posted by JohnHendricks at 1:23 PM